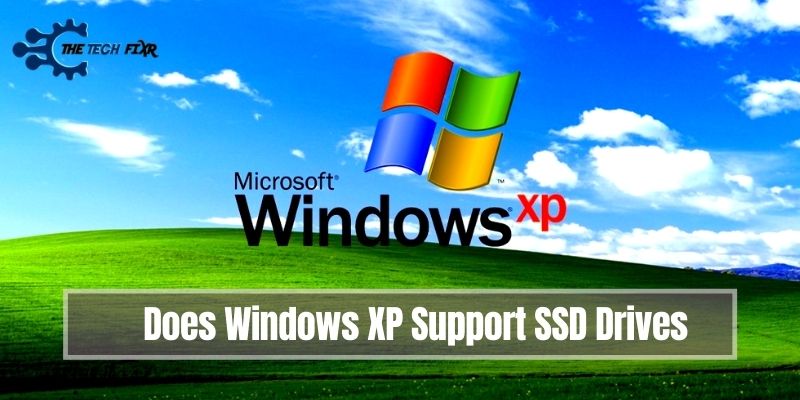 Does Windows XP Support SSD Drives? Yes, it does, but you need to be much tactical to make it work.

Well, Windows XP was not made to be installed into an SSD. As an outdated operating system, nobody uses Windows XP anymore. However, there might be situations where this is possible to happen that require you to use Windows XP or be somewhat bound to use it. In this situation, it is a valid question whether Windows XP supports the SSD?

So, Windows XP supports SSD or solid-state drives. Though it is outdated software, you can install Windows XP on an SSD with a few steps.

There are 2 modes to install- Windows XP- AHCI and IDE.

We recommend installing it in AHCI mode, though you must use an added SATA drive cable.

How To Install Windows XP On SSD Drive?

As we said earlier, you can install Windows XP using two methods.

If finding a suitable driver from the motherboard seems complicated, you can use DriverPacks BASE that includes the SATA/ AHCI drivers.

When you run the program, it will be extracted to the desired location. And then, you have to download the following ‘Mass Storage’ pack and locate it in the extracted ‘DriverPAcks’ folder. However, you do not have to extract the 7z file. Run the ‘DPs_BASE.exe’..

You can now install Windows XP to the system.

Use the IDE method when you have a rush or wouldn’t like to bother about connecting the SATA driver with your computer system. Follow the steps below-

After this setting is applied, you can clone or install Windows XP on the SSD drive.

Tweaks for SSD for Windows XP

Integrated Windows defragmentation tool is an SSD lifespan killer. You’ll notice that in the later Windows versions, it automatically detects and switches off. To improve the Windows XP SSD performance, follow the next part.

Can you clone Windows XP to SSD?

Yes, you can clone Windows XP to an SSD. To do this, you should take the help of Windows XP SSD TRIM support. Otherwise, there will be a performance degradation after some time of use.
It will require about 512MB RAM on the SSD even though the software is only 128MB.

What is the maximum Hard Drive size for Windows XP?

Can Windows XP run on NTFS?

Windows XP can run and access the files on New Technology File System or NTFS naturally as NTFS is a system developed by Microsoft. NTFS is accessible by Windows 2000 and all the later versions.

So, does Windows XP Support SSD Drives?– We hope this guideline was helpful enough to solve your problem regarding whether you can install Windows XP on an SSD.