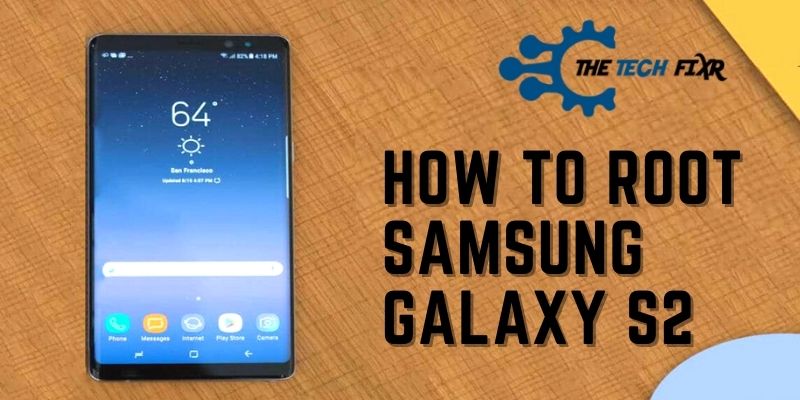 Do you want to root your Samsung Galaxy S2 and increase the performance according to your taste? But you do not have a computer? Go through the entire context and know-how to root Samsung Galaxy S2 without computer. Rooting is like getting the power control of your Android device under your hands. Though unsuccessful rooting can cause serious damage to the phone, it worth when done successfully.

Mostly, people need computers or laptops to root android devices. But we got some amazing ways to root the device effectively, and you don’t need any PC. Let’s sip the detailed view.

At first, you need to know that rooting your device will void your warranty. The other things you have to make sure before rooting are

By enabling root on your Galaxy S2, you can modify the phone’s firmware, opening the door to custom applications, themes, and even operating systems. Today, we will show you the process of rooting Samsung S2 using an app called “Framaroot”. Oh! Don’t you worry. The app is safe to use, trusted, and practically reviewed by many users.

To root your Samsung galaxy S2 without a computer, you will have to install the “one-click root” app “Framaroot”. This is the most used app for rooting Samsung Galaxy S2.

Search for a Framaroot apk from your browser. Then Scroll down and download the latest version of Framaroot and check the list of compatible devices whether your device is included in the list or not.

Now open file manager on your Samsung Galaxy S2 device. Now go to the directory where the APK file was saved. Tap on the APK.

After you open the APK, there will be a button “Install” tap on it to install the app.

Step-4: Open Framaroot To Launch It

Once the app’s installation process is completed to launch the app, tap on the open button.

Now there will come a dropdown menu on the top of the screen. Select “Install SuperSU” from the dropdown menu.

After you select the model that works for your device, you’ll get a popup success message as a result. That indicates your device is successfully rooted.

After completing rooting and getting the success message, please reboot your device.

KingRoot is another app that can be used to root Samsung Galaxy S2 without PC. If you want to root android devices with KingRoot, then a stable Internet connection is needed throughout the process.

The steps to root Samsung Galaxy S2 using Kingroot are described below:

Download the latest version of KingRoot APK on your device. Ignore the warning during downloading APK from your device.

After downloading, find it on your Samsung Galaxy S2 file manager. Tap on the APK you recently downloaded.

Open the apk Downloaded on your phone. There appears an install button on the screen Tap on that and install the app.

After installation is complete, the app will show in your app drawer. Open the KingRoot app and launch it.

Open the app. If your device supports the app, here is a start root button at the bottom of the screen.

There will appear a success message and the KingRoot icon on the screen of your device. Once rooting is complete, this message confirms the root is done.

Once you are done with rooting, make sure you reboot your device.

Besides, there are some other apk files to root S2, such as the KingoRoot, Towel Root. These are less used but effective. You can also try them out if you are crazy enough in analyzing Android devices.

Rooting an Android device has a superior level of advantages, But there are few drawbacks too. Let’s know about them once.

However, few disadvantages are-

If you do not have a computer, but you wanted to root your Galaxy S2, it is possible. This is not so hard to perform root without a computer. You need to know the ways on how to root Samsung Galaxy S2 without computer and follow serially.

Here we described the process to root S2 without using your device itself without a computer’s help. The steps are simple and easy. And if you want to try once only, then method-1 is capable enough. Try it now. If you read this article carefully, you can be able to perform it with your Android device.

Hey Myself Oliver! Welcome you all to TheTechFixr! Technology always seems passionate to me. From my childhood, these issues attract me to feel like a magnet to it. Gathering more knowledge about all these things was my hobby, and that fascinated hobby encourages me to build this platform. Although I became a doctor with the flow of time, this platform represents my dream imprint—this all about fixing tech issues.

link to How You Can Import Facebook Photos To iPhone Contacts

In your iPhone phone book, you have several contacts. It is hard to remember all the contacts by their name. To remember contacts attaching a photo with the phone contacts is a useful idea. But...

Do you want to uninstall the gallery app from your Samsung handset? We would recommend not to do so. Yet, if you still want to disable or uninstall the Gallery, you can have a look at this easy...