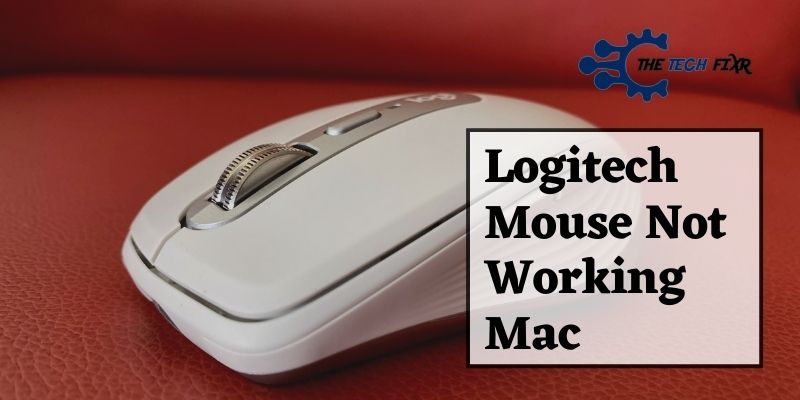 So, Logitech mouse not working Mac is quite a common problem for Mac users. It can be the mouse jack attack or a simple connection problem that you can figure out and solve easily.

Logitech has been producing the best mice for gaming for years now. However, sometimes when you buy a new mouse or update your Mac to a new macOS, the Logitech mice may malfunction.

In this guide, we will address some common Logitech mouse issues. Then we will tell you how to solve them. You will find several tips to fix your mouse problems.

Below are the common problems related to Logitech mice. There are many ways you can solve these problems. You can see the following problems in all the macOS versions like Mac Mojave, Mac Big Sur, Mac High Sierra, and Mac Catalina.

However, if you ever face the Logitech G Pro Wireless mouse issue, check this Logitech G-Pro setup guide filled with pro tips and tricks.

So, let us share some of the best solutions for Logitech wireless mouse not working on Mac.

Some of these resolves are as simple as turning on and off the Logitech mouse, and some are a bit complicated. But Follow the steps mentioned here, and you will be fine.

Problem 1: Logitech Mouse Not Turning On

Is your Logitech mouse not connecting to Mac? Before getting panicked, first, check the battery status LED of your mouse. If it is not blinking, then you have to recharge the battery of the mouse.

After recharging, turn on the mouse again and connect to your Mac. But if it still does not work, it is time to change the battery.

Typically, a Logitech mouse battery will work for at least 6 months to a year.

Now, the mouse LED is flashing, but it is still not working. In this case, you can try the following methods:

Your mouse might be alright, but you may not have inserted the USB receiver correctly. So, remove the USB receiver of your Logitech mouse for 5 seconds and re-plug it firmly. The mouse may connect with Mac this time.

Method 2: Toggle Bluetooth on and off

One reason your wireless mouse not working on Mac is the Bluetooth connectivity issue. Either your Mac or your Logitech mouse is at fault. To solve the issue in Mac, follow these steps:

You have to turn off your mouse’s Bluetooth and hold it for a few moments when you turn it on again. When the Bluetooth indicator blinks, reconnect the mouse with your Mac.

You can also unpair and pair the mouse again with Mac to solve the Bluetooth connection problem. Go to the Bluetooth settings and tap the X next to the Logitech mouse. Then pair it again.

So, update LLC Logitech drivers mac with the best compatible version of the LCC.

You can also follow this method to solve when Logitech mouse not working macOS big sur.

You can also solve Logitech mouse right-click not working Mac, the same way. To use the Logitech setpoint software, you must have the updated version of Logitech software for your macOS system. You can also go to System Preference on Mac and set the key functions.

If the buttons still do not work, your Logitech mouse might have hardware issues. So, you may replace the mouse or take the help of an expert to fix the problems.

Are you unable to scroll through a webpage or document using your Logitech mouse properly in Mac?

Now, if you still face a problem with scrolling, check the surface material where you use the mouse. You should avoid metal surfaces. Besides, you have to keep the mouse close to the USB receiver to have a smooth connection with your Mac.

Problem 5: Make Sure It’s Not the MouseJack Attack

In 2016, some of the wireless keyboard and mouses faced the mouse jack attack which is a malware attacker can attack from around  100 meters away and operate the wireless USB receivers.

And Logitech wireless devices were also one of the victims of this attack. Though this issue was resolved in 2016, Logitech devices before 2016 can still have the chance of getting under this attack.

At this point, if you find the Logitech mouse not working and your Mac slowing down, clean junk files, clean up Mac, and scan your Mac.

Now, your Logitech mouse should be nicely working again.

How Do I Reset My Logitech Wireless Mouse Mac?

There are a few ways to reset your Logitech mouse. One of the methods is turning it on and, after a moment, turning it off. While holding down both right and left-click the buttons of the mouse, turn it on again. The LED of the mouse will flash if the mouse is reset.

Can A Logitech Mouse Work on A Mac?

Since 2015, Logitech has been bringing new wireless PC/Laptop mice compatible with both Windows and Mac PCs. For using the Logitech mouse on your Mac, you need the compatible driver software (LCC) and follow all the steps to install the mouse.

Can I Use A Non-Apple Mouse on A Mac?

You can connect any USB or Bluetooth-enabled Non-Apple device with a Mac. Thus, you can also use any Bluetooth and USB-supported mice with your Mac. You just have to connect the mouse or keyboard via Bluetooth or USB with your Mac. The non-apple mouse will work the same way it worked for the Windows operating system.

Hopefully, you have learned about why and how to resolve the issue of the Logitech mouse not working Mac from this article.

You can follow these simple tips to solve any software-related issue with your Logitech mouse.

However, the problem may also be hardware-related. Therefore, you have to either replace the mouse or get it fixed.