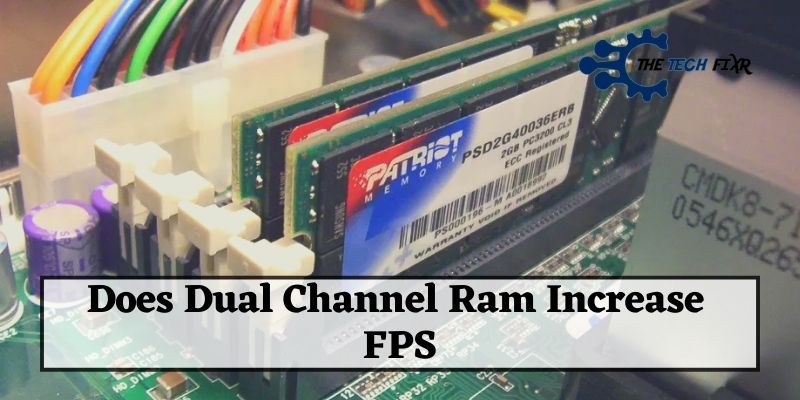 You see, there are a lot of tests that are going on all around the world. People debate that a single channel is enough, and some are saying dual channels are the best.

However, the matter is not as simple as this one. There are a lot of things going on behind the scenes.

To understand it thoroughly, keep reading.

Yes, dual channel ram increases fps. The increase would be slight, like 10 to 17%, but it is great news for a gamer.

Gamers tend to have a faster pc in order to get the ultimate performance for gaming. The competition is very high and to survive a gamer needs all the items maxed out.

A dual channel ram makes a considerable impact. For your ease of understanding, you can think of a road. There are different types of road measuring with lanes. If you move on a single-lane road, you will face traffic no matter how high quality the road is. The vehicles cannot move freely.

They must follow a single line, and it slows down the process. On the other hand, if you have a 4-lane road that has two up and two down. Then your movement will be smoother.

There will be no lines as there are different lanes, and vehicles can move separately without standing behind another one. The same thing happens here as dual channel means two data pathways. On the other hand, single data channel means one data path. So, it naturally increases the FPS, and the gamer will experience a smoother performance.

Yes, ram makes an extraordinary change on the FPS, as we will demonstrate now.

Benefits of Having Dual Channel Rams

Does having 2 RAM increase FPS?

Yes, having 2 ram increases FPS as the graphics rendering, and data processing becomes smoother. It will certainly affect the FPS as dual channel memory provides faster data spend than a single channel ram.

Can bad RAM cause FPS drops?

Yes, lower quality rams can not provide faster data speed or process. It causes latency on both data transferring and processing. Ultimately it causes the FPS to drop, and the game eventually lags.

Is dual-channel RAM better for gaming?

es, dual channel RAM is better for gaming and there are proven records on the internet.

But you should make sure the monitor you are using also supports that much higher refresh rate at the same.

So, it makes a significant boost to the game. The FPS or Frame per second is a basic measurement of how the monitor is refreshing in a second to provide a smooth graphics performance.