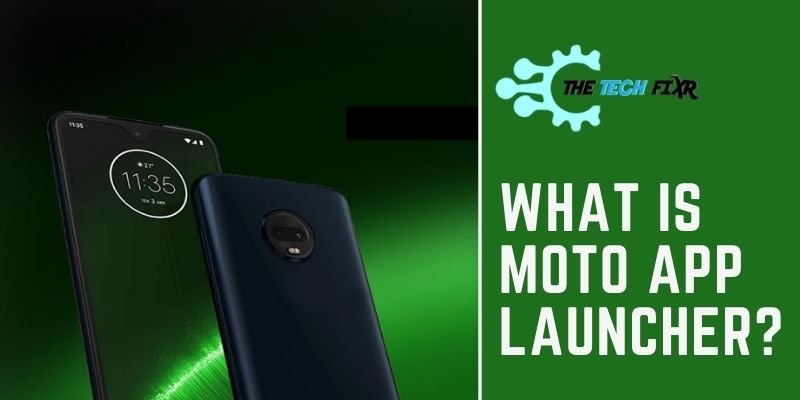 Right! You might have heard the name ‘Moto App Launcher’ that people are taking so much interest in. And now you want to know what is Moto app launcher. Like other launcher applications, it also features the same benefits with minor differences.

You know, an app launcher is used for customizing your home screen like an app drawer. You can use it as quick access to your random applications. You will have no hassle of looking for your desired application at the home screen of your phone.

However, to know about the Moto App launcher, how to use it, and the special features, stay connected till the end of the context. In this article, we will show you all the queries regarding the application.

Know What Is Moto App Launcher

You may have used different app launchers or may not. What’s special about using the Moto app launcher is, many users do not like to swipe their home screen to open any application. So that is a sound solution for them.

However, you can use your Moto App and can become a faster use of your handset. Now, there is a question, what is Moto app, right?

The most highlighting features of the Moto App are Moto actions, Moto Display, Quick capture,  Fast torch, Three-finger actions,  Screenshot toolkit, Pick up to Silence, and so on.

All the features make Motorola easy and attractive to its users.

You may hear about Moto actions and now thinking, what is Moto actions app? Moto action is an exciting feature that can recognize your gesture to perform any action.

However, it is operated by an application called the Moto action app.  For instance, if you twist your wrist quickly two times, it will open the Camera from any app. Isn’t it mesmerizing?

Moreover, you can use moto actions on Samsung as well. It is another subject we’re not going to discuss right now. Let’s know how to use the Moto app launcher.

How to Use Moto App Launcher?

You can make your launcher ready to use perfectly. At first, take a look over the app and decide which features you are supposed to use. Go to Home screen> Moto> Moto Actions. If it is disabled, enable it.

However, follow the same procedure towards other features like quick Camera, fast torch, etc. You can change your Display settings as well. Go to Moto Display and choose your interested option for how you want to look at your device.

In a sentence, no! You may be thinking, how? Where some of the users are claiming that the Moto app Launcher apk is draining their battery.

However, as a piece of evidence, they showed their battery usage status; it took 10% of last fully charged over 3 days.

But experts say it is customary to drain at least a 10% charge over three days. And there is a recommendation, wait at least half an hour after fully charged. We mean 100% of your phone battery. Then you can use it for the whole day.

Moreover, you can find the app as the most battery usage app throughout the other software. But it would not be a big deal, we think..

Can I disable the Moto app launcher?

Why do I need a Moto app launcher?

It is a random question why you should install a Moto App launcher among different android launchers. In our perspective, if you have a Motorola handset and if you need to use an app launcher, the Moto app launcher will be the best solution for you because it is mainly based on Motorola models. And who knows better than the origin?

Are launchers bad for your phone?

Obviously not. Launchers are not bad for your phone. Instead, it makes the phone usage a bit flexible. So, you can use this app as you do for other. It is just a part of your phone screen and organizes your applications. If you uninstall, though, it does not clear or deletes any of your phone databases. So except for some launchers, the majority of the launcher apps are safe for your phone.

Well. You may find your answer of what is Moto app launcher in regarding some other anticipations. After all, you can conclude what is Moto app, how it works, what features are there, and all the pros and cons as well.

However, If you get a crystal clear idea about the features and applications, then our research and assessment will be successful.

Oh! Most importantly, we forgot to mention that the apps’ features can vary in different Motorola models and other Android. You may not get them the same as you see in the article.

So, do not worry if you see any difference in your phone. Enjoy!